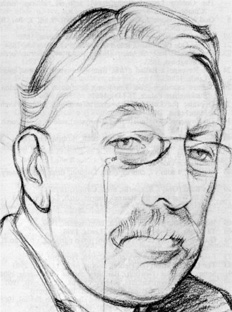 Charles Villiers Stanford (1852-1924) did not receive the attention he deserved in 2002, as even England did not properly honor the 150th birthday of the composer. Hence this short article as an introduction to his organ works.
Stanford studied in Germany with Carl Reinecke (Leipzig) and Friedrich Kiel (Berlin). Together with Hubert Parry (1848-1918) and Charles Wood (1866-1926), Stanford was responsible for the English renaissance, which freed church music from its traditional circumstances. Stanford became Professor of Music at Cambridge in 1887. He directed the London Bach Choir and conducted at the Leeds Triennial Festival. Already during his life Stanford was regarded as one of Englands leading composers.
Stanford composed over 200 works. His uvre includes seven symphonies, eleven concertos for solo instruments and orchestra, nine operas, fourteen oratorios. He also wrote many organ pieces. He drew up the specification of the organ for the Church of Our Lady & The English Martyrs at Cambridge.