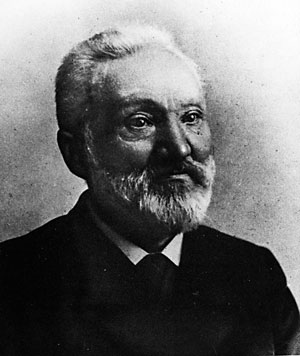 Contributions to organ history in Catholic churches in the Dutch province of Overijssel in the 19th century
Het ORGEL 99 (2003), nr. 5, 29-38 [summary]

Quite a few aspects of the organ history of the Catholic Church in The Netherlands are still unclear. Victor Timmer investigated several church archives and published the results in earlier issues of het ORGEL (2002/2003). This article is both a supplement and a suggestion to make comparable inquiries in other parts of the country  Timmer focused on the northern provinces of The Netherlands.
The data on organ history in places such as Almelo, Avereest, Goor, Haarle, Ommen, Weerselo and Vilsteren are rather scarce; but in two cases, Timmer found more information, regarding the organs at Slagharen and Heino.
Slagharens Catholic Church was founded in 1843; in 1856 a second-hand well-sounding solid organ from Zwolle was bought. Organ builders like Elberink and Adema maintained it and made a few changes, until the organ building firm Peereboom at Maastricht built a new instrument in 1925. Nothing is known yet about this organ, apart from the fact that it was sold to an organ hobbyist in Hoogeveen in 1967.
At Heino, the Catholic Church was founded in 1770. In the early 19th century, the church had an organ. In 1864, this instrument was replaced by Jan van Loo with a new two-manual organ with, rather remarkably, a detached console. The report of Father Spitzen on the history of this instrument is very interesting. In 1924, the Van Loo organ was not moved to the new church; the congregation bought a harmonium, which was replaced by a new organ in 1946, built by organ builder Pels. This Pels organ was replaced by the present Pels & Van Leeuwen organ in 1996.