The organ music of Jaap Dragt by Lex Gunnink 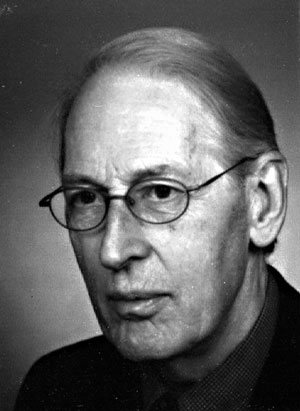 Jaap Dragt (1930-2003) studied organ with Jacob Bijster at the Amsterdam Conservatory. He was senior organ lecturer at the Conservatory at Zwolle from 1961 to 1987.
Dragts works show that three periods can be discerned. In the first (until about 1966) and the third (from about 1980 until his death), ecclesiastical music is very important. The second period is characterised by large compositions that are not related explicitly to liturgy; the pieces are composed for the sound quality that French organ builders developed in the 18th and 19th centuries. Dragt still preferred this sound quality in his third period.
Dragt explored especially the possibilities of metre, rhythm, harmony and tonality. In his earlier works he used metrical barlines, later he used only bars that indicate how the piece is organised. Later still he abandoned bar lines altogether, indicating with small marks which notes should be slightly longer or shorter. Dragt built his chords by adding fifths; related to this technique is his preference for seconds and sixths, even in final chords. Dragt liked to use chords that did not belong to the tonality of his pieces; sometimes he used polytonality. At first, Dragt was influenced by composers like Hindemith, Distler and Micheelsen in these respects; later, in his second period, the influence of Bijster is evident as well.
The works of Jaap Dragt have remained unnoticed in 20th century Dutch music; remarkably unnoticed, one might add, as they deserve a wider audience for their quality.