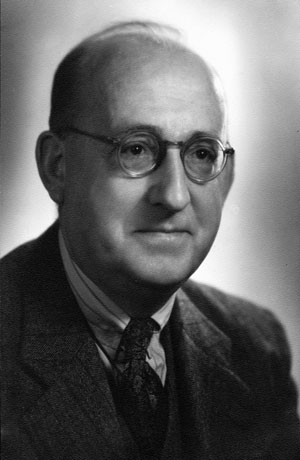 Jacob Bijster (1902-1958) wrote 31 compositions for organ; 20 of them have been published. These editions are sold out. Wouter Bijster, son of the organist/composer, made his fathers music available for study.
Bijster was appointed organ lecturer at the Amsterdam Conservatory in 1929; in 1942, he became senior lecturer. He was organist at the Mennonite Church in Haarlem from 1922 until his death.
In the 1960s Bijsters music, which was related to 19th-century French organ culture, was not well appreciated; this has begun to change recently.
Bijster apparently did know about (inter)national musical developments, such as those in France (Messiaen), Germany (Hindemith) and also in The Netherlands (Anthon van der Horst), but no traces of this awareness can be detected in his compositions. On the other hand, he could take works of colleagues in detail as points of departure for his own compositions: his Passacaglia mirrors the one composed by Hendrik Andriessen, and his Ricercare is clearly based on the one Albert de Klerk had written. Typical of Bijster is also his fondness for five-part harmony, in which he used what he called static triads (e.g. triads that are not related to one another in the traditional functional way) and parallel chords; as well as the difference between his theories on tonality and modality and his harmonies. It is a pity that Bijster never explained the background of these aspects of his works.
Not his well-known variations on the Dutch hymn Ik wil mij gaan vertroosten, but Toccata (1945), Triptyque pour orgue, Passacaglia (1954) and Concert for Organ and Orchestra are the best compositions by Jacob Bijster.