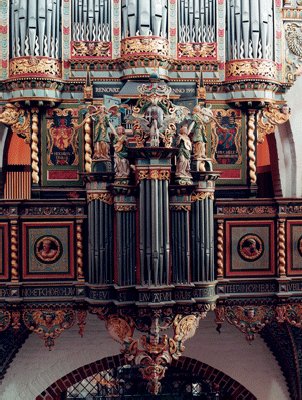 Organ consultant Cor Edskes (76) says he is pessimistic: knowledge of historical organs fades away, whereas restoring an organ makes it eventually a copy of itself.
To Edskes, the combination of intellectual and musical talents is of vital importance: ‘A consultant who follows his intuition as well, can easily confuse his impression of an organ with the factual information the organ gives him.’ An example of such a fact is the way Arp Schnitger scaled his pipes: he related their scales to the measurements of the church the organ had to be built in. This characterises one of the arguments that make Edskes suggest that material from the 1697 Schnitger organ of the Der Aa-Kerk at Groningen, destroyed in 1710, may have been re-used in the organ his pupils Garrels and Radeker built in Anloo (1719).
On 5 May, Edskes celebrated his 60th anniversary as organist of the Doopsgezinde Gemeente at Groningen. He made acquaintance with the musical world of the 1940s and 1950s via his teachers Friso Molenaar, George Stam and Flor Peeters, but Helmut Walcha influenced him deeply as well. Working with the organ builder Doornbos in Groningen helped Edskes acquire practical knowledge of organ building.
The Marcussen organ of the Doopsgezinde Gemeente (1961) was built according to Edskes’s ideas. One of them was that each chest was to have its own horizontal bellows, in order to make the speech of the pipes more supple.
In 1954, Edskes became a member of the ‘Synodale Orgelcommissie’, the organ committee of the Dutch Reformed Church. Rather soon, however, he was appointed assistant of Henrik L. Oussoren, the organ consultant of the Dutch National Heritage Service. Conflicts with Lambert Erné, who was also a member of the ‘Synodale Orgelcommissie’, disagreements with Klaas Bolt, another organ consultant, and bad experiences with Dutch politics made Edskes decide to proceed on his own abroad in 1970. He works particularly with Marcussen (Roskilde 1991) and Jürgen Ahrend (Hamburg 1993).