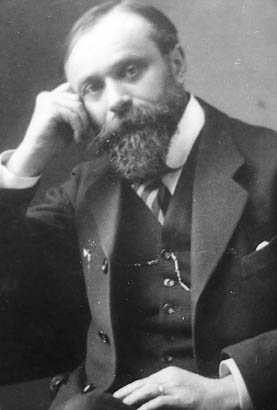 Charles Tournemire(1870-1939) composed his first organ works before he was appointed organist atSte.-Clotilde at Paris in 1898. In these early pieces, the influence of his teachersCésar Franck (construction of melody, variation technique) and Charles-Marie Widor(contemplation, full chords) is evident. In their modal character they resemble therepertoire of Léon Boëlmann and Eugène Gigout as well. Tournemire expanded the way histeachers treated the organ. His registrations are more adventurous, and aim at amany-colored sound.

After Triple Choral (1910), a great hymn dedicated to the Holy Trinity, Tournemirecomposed no organ music during 17 years.

In the works composed after his masterpiece LOrgue Mystique (1927-1932),Gregorian themes appeared in only one piece (Deux Fresques symphoniques sacrées);nevertheless church and liturgy remained important sources of inspiration. Music in whichthe praise of God was not a central theme made no sense to Tournemire. The Trois Poèmesand Symphonie-Choral are based on psalm texts, and texts of St. Francis inspiredTournemire to compose the Sei Fioretti. Only once did Tournemire choose to experiment(Fantaisie Symphonique). The innovative aspects that characterise his early works arefurther explored in his later compositions.

In Tournemires uvre, the choral plays an important role; itoffers the possibility to display many variation.