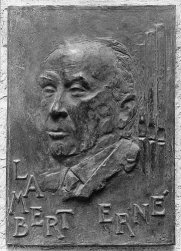 The Dutch organbuilding style changed in the 1960s: modern neobaroque principles werereplaced by enthousiasm about historic organ building.The changes began as the restorationof the historic organ at Loppersum (a village near Groningen) was criticised by Klaas Boltand Willem Talsma. Lambert Erné, one of the leaders of the neobaroque movement, had beeninvolved with this restoration. Bolt and Talsma stated that the result of the restorationwas that the old sound had disappeared. Their focus on this oldsound was a result of the work of the organ builders Ahrend & Brunzema andBernhardt Edskes.The two styles were discussed elaborately in the magazine het ORGEL.Erné mentioned that modern organ builders were able to make something beautiful out ofnothing; whereas ancient organ builders just could rely on tradition. Talsma found thatold instruments could teach a lot about the way they had to be played and how new organscould be built.Several projects stimulated the discussion: in 1971, the Swiss organbuilders Metzler built a large organ in the Grote Kerk at Den Haag; in 1972, the largeWalcker organ of the Nieuwe Zuiderkerk at Rotterdam from 1916 was moved to the Martinikerkat Doesburg. The points-of-view were underlined during two congresses in 1969. The ArpSchnitger Memorial at Groningen opened many ears to the sound of old organs and teached alot about the way these organs were made. The congress of the Dutch Organists Association(NOV) focused on criticising this approach of old organs. New organs showed the effects ofthese developments: instead of focussing on sharp and small stops, organ builders tendedto give the sound of their instruments a somewhat larger basis. At the same time interestin 19th century organ building increased, stimulated by, among others, Hans vander Harst. Lambert Erné died in 1971. It is not easy to prove a causal connection, but itis quite remarkable that the historic movement developed rather well since 1971.