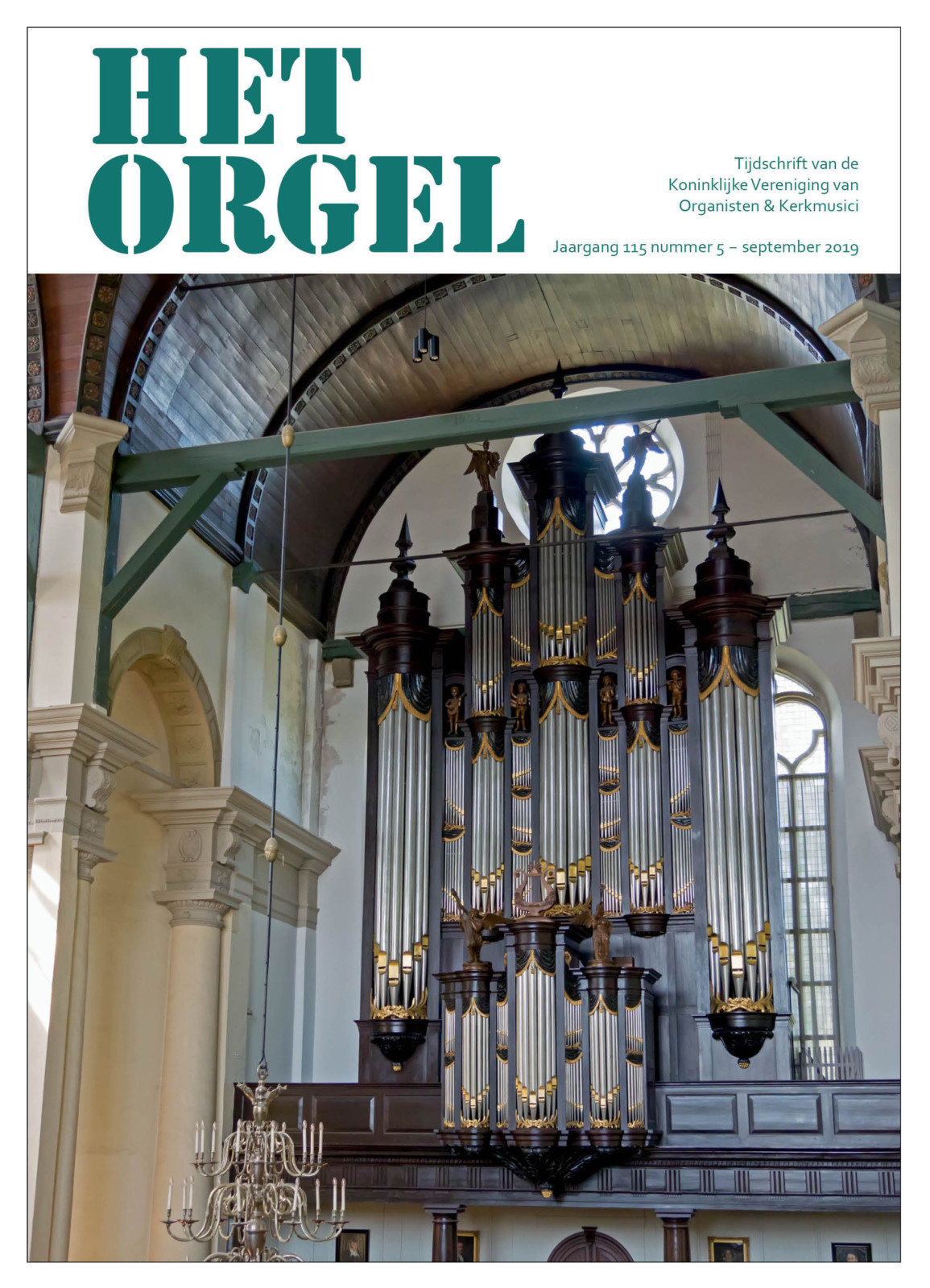 In issue number 5 of the year 2019 Jan Smelik continues his series on organ playing in protestant church services between 1886 and 1938. He discusses the increasing attention given to the church modes and for ‘rhythmical singing’ of the Genevan psalm melodies. Opinions about these matters were strongly divided, and this provided for interesting discussions.
In his series on ‘Modern organ fronts’ Auke H. Vlagsma describes the swallows’-nest organ in the University Church St.-Pauli in Leipzig.
Lydia Vroegindeweij writes on her project ‘Orgelkids’, started 10 years ago. She relates experiences with Orgelkids in the Netherlands, and how the increasing interest abroad led to the adoption of Orgelkids in twelve countries with about 60 Do-organs.
Pieter van Dijk and Frank van Wijk report on the 13th International Schnitger organ competition, which took place in June in Alkmaar.
Organ consultant Peter van Dijk describes the history and the recent restoration of the Timpe organ in the Nieuwe Kerk in Groningen. Cees van der Poel and Sietze de Vries visited the instrument and give their opinions in a ‘sound impression’.
Johan Haaksma reviews three compositions by Kees van Eersel, published last year by Boeijenga Music Publications.
In the series ‘De Achterplaat’ {The Back Plate} Frits Zwart refers to the famous organist Cornelis de Wolf, pupil of Jean Baptiste de Pauw and Cornelis Pameijer. De Wolf was already mentioned earlier in the issue: the rubric ‘Een eeuw geleden’ {100 years ago} includes a reader’s contribution from September, 1919, in which De Wolf is praised not only for his playing but also for his hospitality