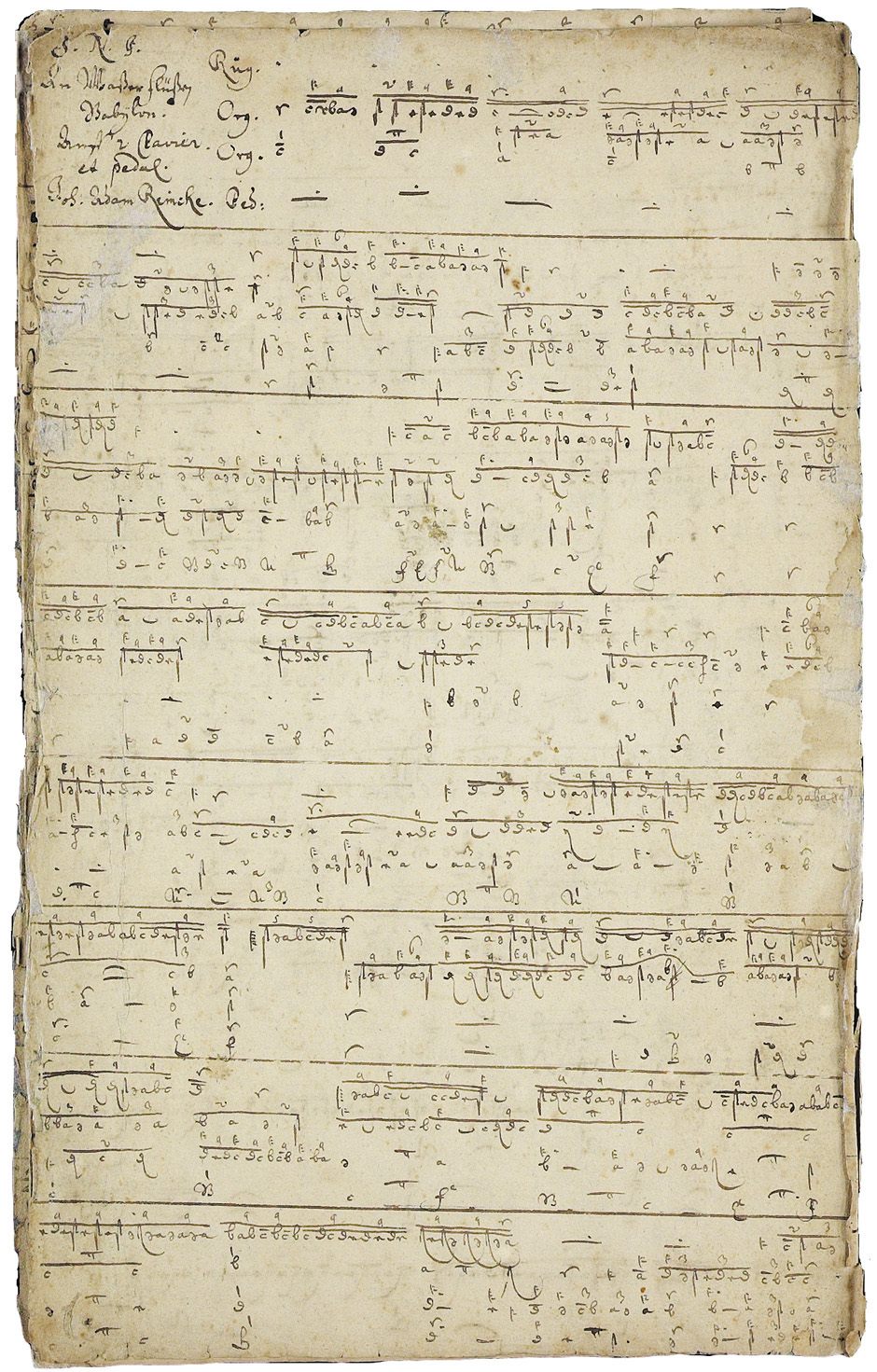 The organist, harpsichordist, and composer Johann Adam Reincken (bapt. 1643-1722), a pupil of a pupil of Jan Pieterszoon Sweelinck, was born, just as Sweelinck himself, in Deventer.  Two of Reincken’s teachers, Lucas van Lenninck and Heinrich Scheidemann, had been pupils of Sweelinck.   Reincken eventually settled in Hamburg, where he was organist of the famous St. Catharinen-Kirche for more than 40 years.  Here Reincken composed his best-known organ work, the chorale-fantasia ‘An Wasserflüssen Babylon’.  This work is an excellent example of the ‘stylus phantasticus’, and is, as the title indicates, based on the melody and text of the hymn ‘An Wasserflüssen Babylon’.  Despite the fact that it’s the longest (preserved) North-German chorale-fantasia is, it has received relatively little attention from scholars.

In the article the author briefly discusses earlier publications on Reincken’s chorale-fantasia.  Then he engages the question of which verse the composer might have had in mind.