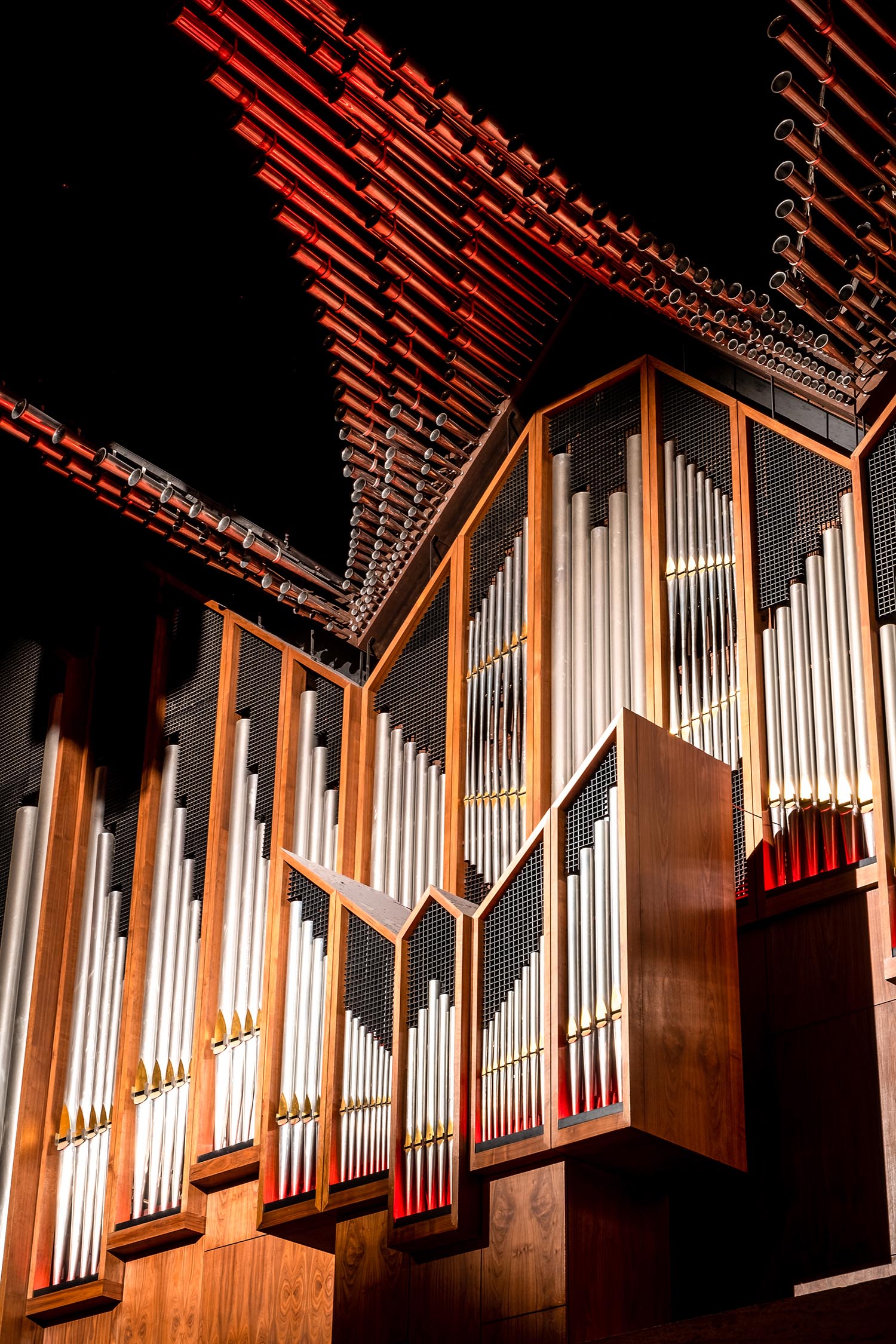 The Flentrop organ in the concert building “de Doelen” in Rotterdam was inaugurated in 1968, more than 50 years ago.  The intention was to build the largest and most expensive organ in Rotterdam and the Netherlands.  That goal was not achieved, but the result was an atypical concert-hall organ.  Otherwise than most concert-hall organs, this one has rather a neo-baroque than a symphonic character.  Although it was intended for use with the modern symphony orchestra, the organist sits with his back to the conductor and the orchestra.  The question of how the organ has been used, has two answers.  In the 50-year history of the Doelen organ there were two organists at the helm:  Arie J. Keijzer from the beginning until 1989, and Geert Bierling from 1997 until now.  Their programming was very different.  Keijzer was at home with the sound-concept of the Doelen organ and used it in performances of standard organ repertoire.  Bierling on the other hand concentrated on the performance of arrangements and an improvisatory approach to baroque music.  This article studies the organ programming from 1968 to 2018.  This first part of the study discusses the history and characteristics of de Doelen and the Flentrop organ, the appointment of Keijzer as organist, and his complete performance Bach’s organ works in the 70s.