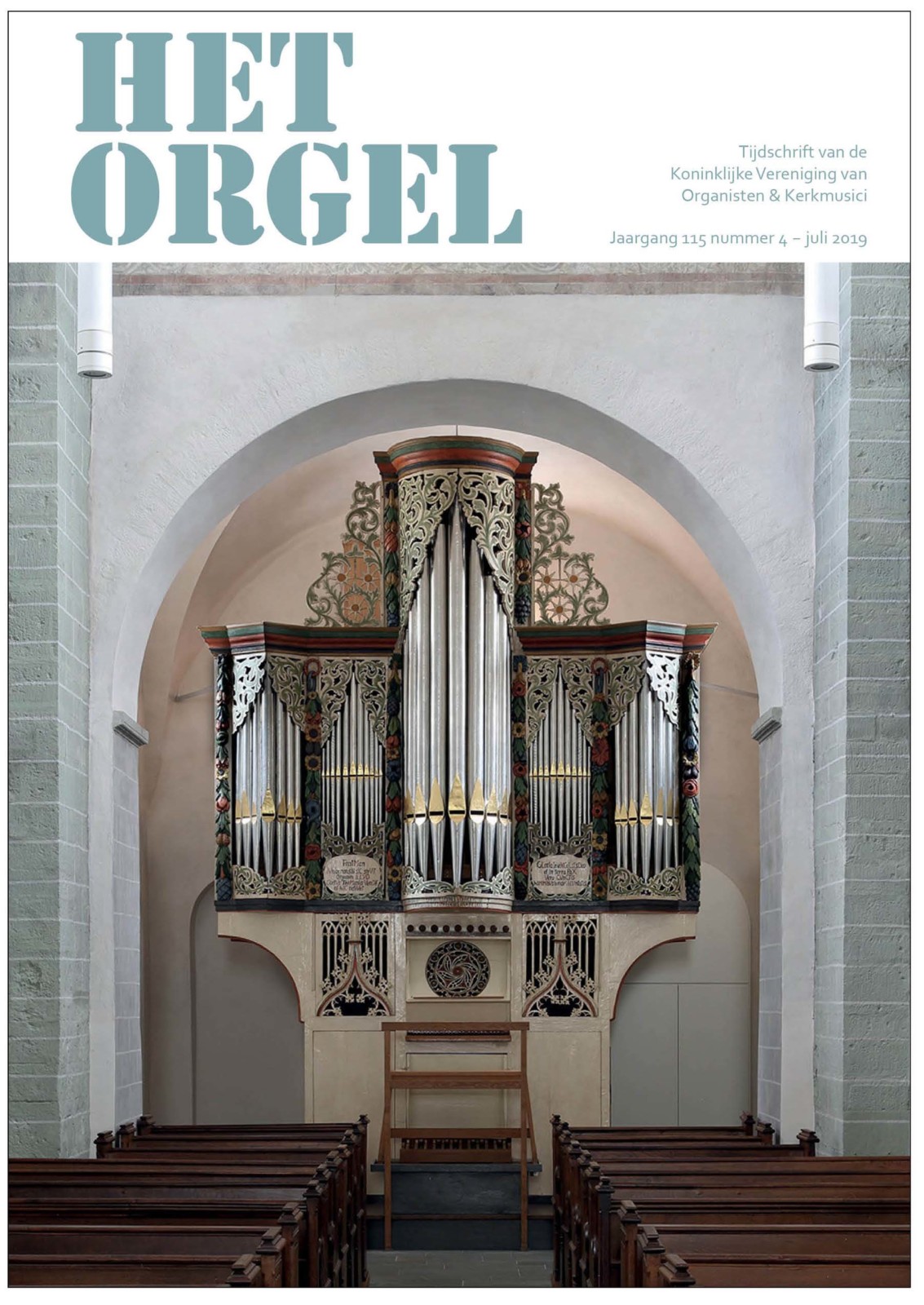 Number 4 of volume 115 (2019) opens with the third part of Jan Smelik’s series ‘Orgelgebruik in de protestantse kerkdienst tussen 1886 en 1938’ (The use of the organ in protestant church services between 1886 and 1938).  He treats the accompanying of congregational singing.  What was the consensus about accompanying of congregational singing, what were the problems and ideals, and what was done in practice?

In his series on modern organ façades Auke H. Vlagsma writes about the Metzler organ in the Stadtkirche in Biel, Switzerland.

The organ in St.-Andreaskirche in Ostönnen (Nordrhein-Westfalen, Germany) challenges the imagination, not least due to the great age of the instrument.  Léon Berben & Koos van de Linde write about this 15th-century organ and its history.

Aart van Beek dove into the history of the organ that is now in the Hervormde Kerk in Ootmarsum, built in 1781 by Eberhard Berner.  His research provided a number of new insights, among other things concerning the maker of the 8’ Dulciaan.

In the series ‘Een eeuw geleden’ (A century ago), which includes reports taken from Het ORGEL of 100 years ago, there is a report of the Prix d’ Excellence exam on 14 June, 1919, of Anthon van der Horst.  The report contains interesting information about the examination.

Frans Jespers looked for an explanation of how the organ builder Joseph Binvignat after 1800 could have been influenced by organ building in Rheinland.  A recent discovery in Aachen in combination with a music-historical approach makes it clear that Binvignat had a concrete reason and a source of inspiration, halfway through his career, to alter the style of his instruments in a certain way.

The issue concludes with the series ‘De achterplaat’ (The back page), in  which Frits Zwart draws attention to the famous Rotterdam organist Hendrik de Vries (1859-1929).