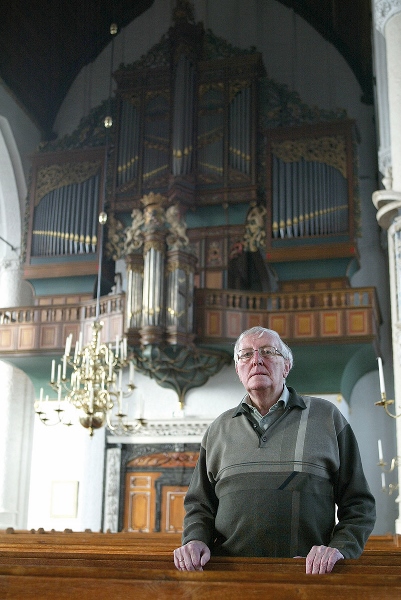 Andries (André) Verwoerd died on Sunday the 9th of December, 2018. He was born in the north part of Rotterdam, the city where he lived his whole life. He was associated as church organist with the Bethelkerk, the Grote Kerk in Overschie, the Prinsekerk, and the Pauluskerk. From 1981 till 2008 he was organist of the Grote Kerk in Schiedam. From 1966 till 1986 Verwoerd was also the main organ teacher at the Rotterdam conservatory.

Verwoerd did not allow himself to be pigeon-holed, and that was exceptional in the 60s and 70s, when the organ world was divided much more than is now the case into those who more or less one-sidedly oriented themselves to the ideals of the Orgelbewegung, and others who remained true to romantic ideals. He simply studied and played the music that he liked.