Instruments of reflection. Organs for international exhibitions as seen by the Dutch, part 3 by Bart van Buitenen 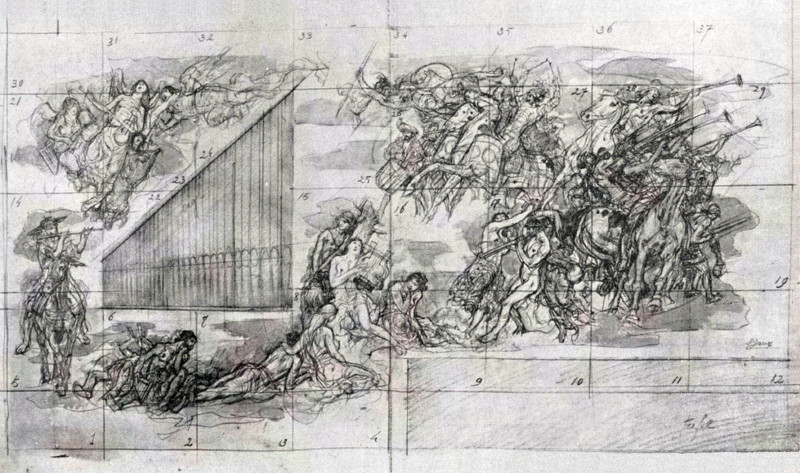 In the third part of the series ‘Instruments of reflection. Organs for international exhibitions as seen by the Dutch’, the World’s Fair of 1939 in New York is discussed. Before this world’s fair two museums in the United States gave an important impulse to an organ reform movement. The Cleveland Museum of Art and the Germanic Museum at Harvard University in Cambridge, Massachusetts, presented in the 30s remarkable projects: the complete organ works of Johann Sebastian Bach. Both initiatives were coupled with equally remarkable organ-building projects, which are described in the article. The organ that Flentrop built for the Paris world’s fair in 1937 appears also to be inseparable from the music of Bach. The instrument was bought by the Nederlandsche Bachvereeniging for the performances of the St. Matthew Passion in the Grote Kerk in Naarden.
For the Dutch pavilion Flentrop made an organ in which the front was integrated in the wall decor which Johannes Hendricus Jurres had designed. The idea behind the organ was, according to a review by Jos de Klerk in 1939, ‘to let the Americans hear, for a change, an instrument in which the norm of a centuries-old tradition of Dutch organ-building is incorporated.