Van Tammen to Worp. The first players of the Schnitger organ in the Der Aa-kerk in Groningen in the nineteenth century by Victor Timmer 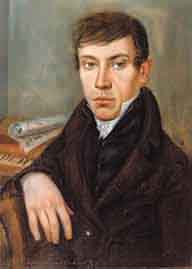 Part 2: Jurjen Walles
[Summary part 1]
His successor was Jurjen Walles, who played the instrument from 1827 to 1854, and was a member of a well-known family of Groninger sculptors. He had developed himself much more broadly than the rest of the family, and also took on more activities outside the church. He had been organist of the Doopsgezinde Kerk in Groningen for nine years. He was active in several music ensembles and as substitute-carilloneur (for Petrus van Oeckelen) at the Martinitoren. Like Cretier, Walles also composed, but so far as is known his compositions are all lost.