The organ in the Nicolaaskerk in Wijhe by Aart van Beek 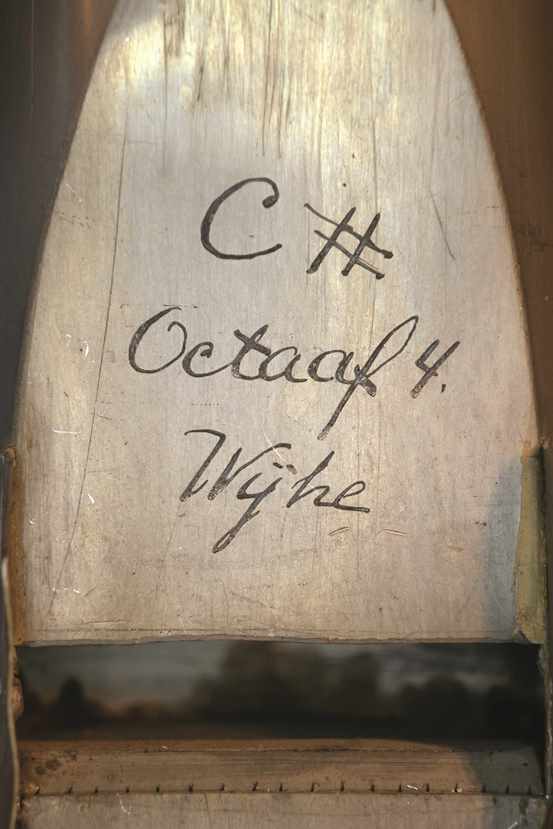 On Friday 3 October, 2014, the Quelhorst/Naber organ in the Nicolaaskerk in Wijhe was re-inaugurated after a thorough restoration. The restoration was carried out by Orgelmakerij Reil of Heerde, with Aart van Beek of Balkbrug as consultant. Rudi van Straten was associated with the project for the Rijksdienst voor het Cultureel Erfgoed (Dutch Department of Monuments).
Georg Heinrich Quelhorst and Carl Friedrich August Naber built an organ in the Nicolaaskerk in Wijhe in 1821. It was donated by Jan Lubbert Umbgrove (1759-1828), who had been in the service of the Verenigde Oostindische Compagnie (East-Indian Company, VOC) and was also a contractor.
Until the beginning of the 20th century the instrument remained unchanged. In 1923 it was dismantled. The technical parts of the interior of an organ of 1873 from the St.-Willibrorduskerk in Boerhaar were placed in and behind the original case. Some of the pipework of 1821 was re-used in altered form, supplemented with new material. The work was carried out by the Verenigde Kerkorgelfabrieken of Aalten. In 1929, J.J. Elbertse placed a swellbox around the pipework of the 2nd manual, which had previously been unenclosed.
Following the restoration of the church, the organ was restored and altered by J.C. Sanders in 1955-1957. In 1972 and again in 1985 a register was added.
In the recent restoration the state of the instrument in 1923 was reconstructed in the most important details. The pedal was revised and placed in a new case behind the Swell division. The original painting of the case and ornaments from 1821 were also restored. 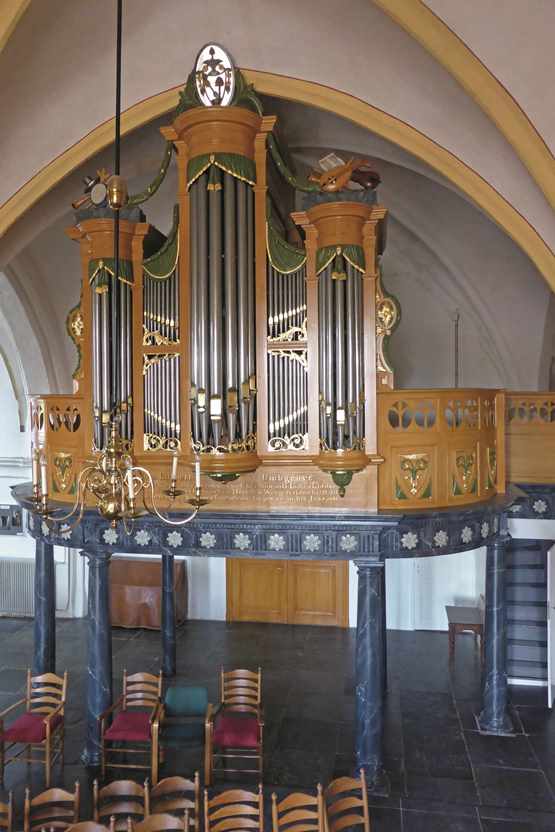 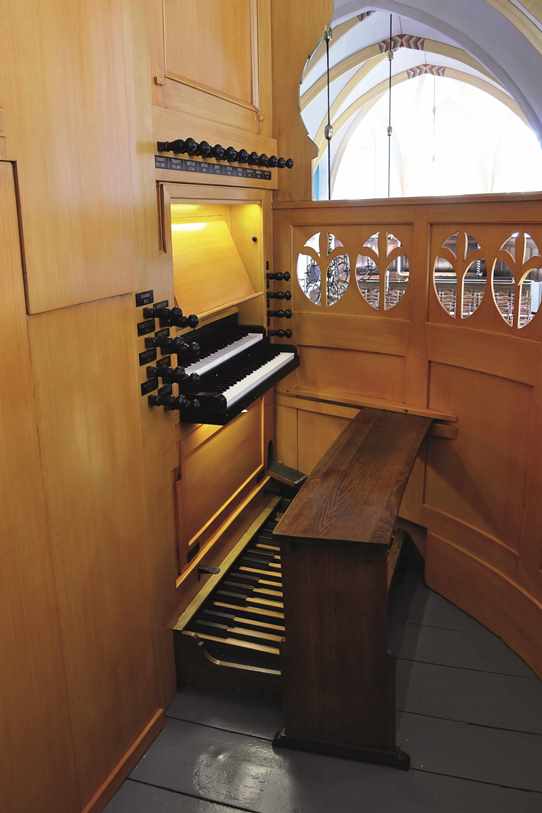