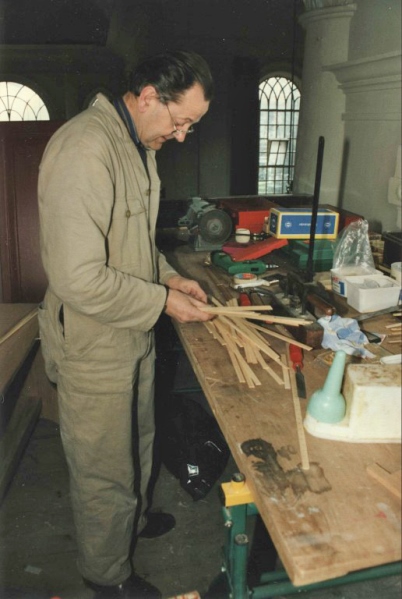 Albert Hendrik de Graaf (1928-2014) worked for the firm A.S.J. Dekker (Goes) starting in 1947. Later he worked for Jan Kunst of Arnhem, who however died shortly after. De Graaf continued this firm and took it over in 1955. From that time he was an independent organ builder. In 1959 the shop was moved to Ede, and in 1971 to Hoogland (near Amersfoort). De Graaf lived in Leusden-Zuid, where he served for many years as organist.
Although he also built new organs, he was known primarily because of a large number of important restorations of historical organs. The experience thus gained he used in his own new organs. From 2002 his activities decreased, and he gradually transferred his work to the firm of Elbertse in Soest. Albert de Graaf died on 8 January, 2014.