Congregational singing, cantors, and organists in baptist [doopsgezinde] churches since the eighteenth century by Pieter Post 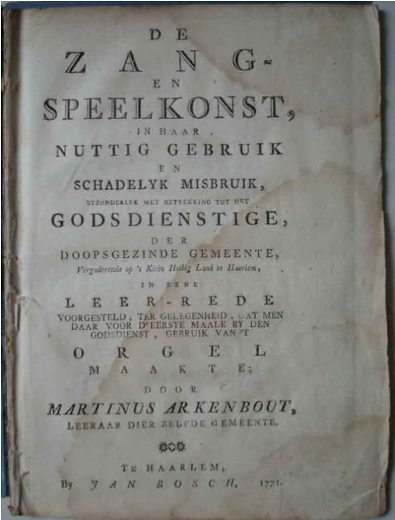 The early baptists [doopsgezinden] sang at two points in their services. In the eighteenth century originated the practice of singing a third time: a song was sung as an interruption of the sermon (and for the collection of the offering). As was the case with other protestant sects, congregational singing was led by a cantor, who also often read the texts. The organ was not used for accompanying congregational singing, in the beginning. The first baptist [doopsgezinde] congregation to use an organ in the liturgy was that in Utrecht in 1765. Until the position of cantor was abolished in many congregations in the second half of the nineteenth century, the organist and the cantor were both responsible for congregational singing.
The disappearance of the cantor meant that preachers’ tasks in the services were augmented. In the first half of the twentieth century, attention for the liturgy increased, and there were liturgical experiments. This development resulted in the appearance of the Kanselboek in 1948, in which a number of various orders of service was included.
In 1963 the collection Psalmen en Liederen was published, which can be seen as the baptist [doopsgezinde] precursor of the Liedboek voor de kerken [hymnal of the Dutch Reformed church]. Renewed attention for congregational singing and its accompaniment was observed among church officials. 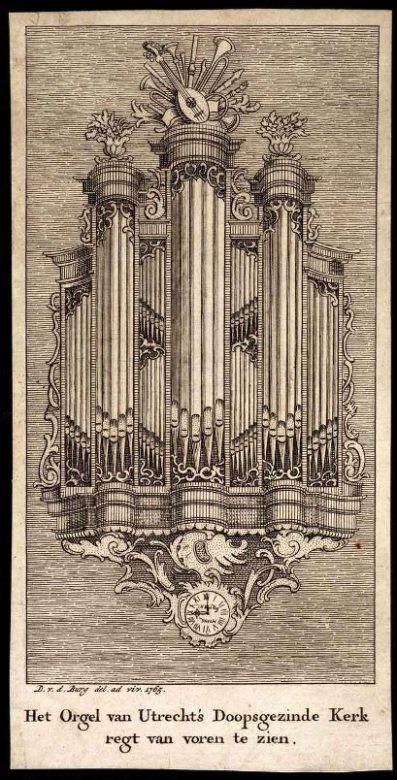