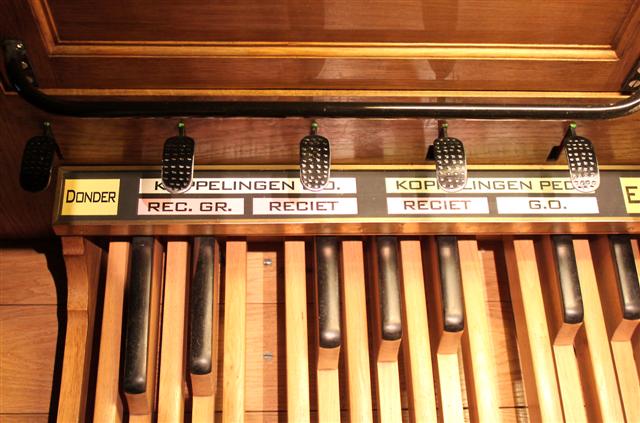 An organ was provided in 1822 for the Hervormde Kerk in Scherpenzeel by Johann Caspar Friedrichs (1762-1825). The maintenance of the instrument was passed on to Friedrichss pupil Jan Gabry after 1825. The organ was placed on new gallery in front of the tower wall in the late 1930s. The organ was lost during the Second World War. In 1946 J. de Koff & Zoon built a new instrument, using parts from the Witte organ (1865) from Werkendam.
After completion of work on the church building it was decided  due to dissatisfaction with the instrument  to build a new organ. The contract was given to Ademas Kerkorgelbouw of Hillegom in 2002. The new organ re-uses pipework and other parts from the De Koff organ. The firm of Adema is one of the few Dutch organ builders that can build on its own romantic tradition. And that was done when building the instrument for Scherpenzeel, although history has not been copied here, but reïnterpreted. 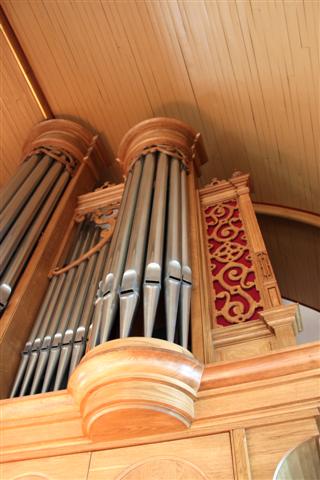 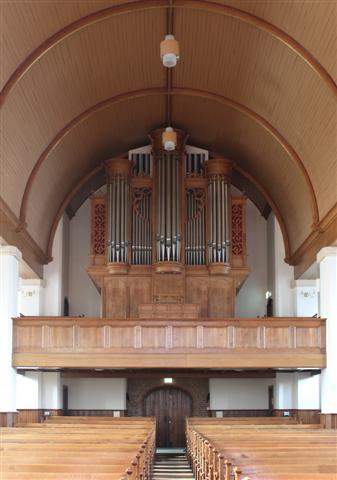 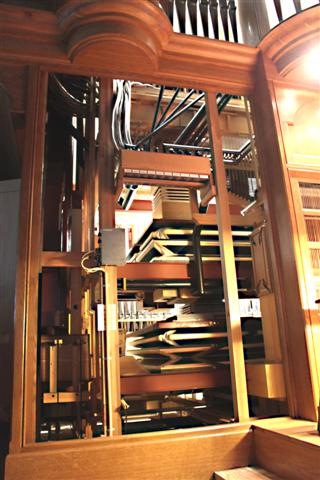 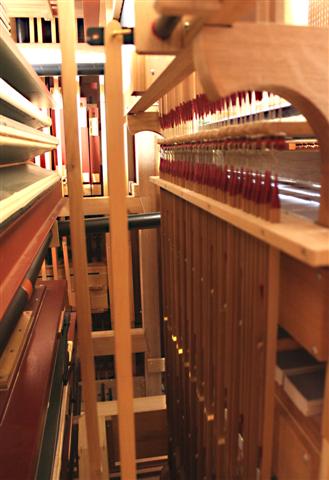 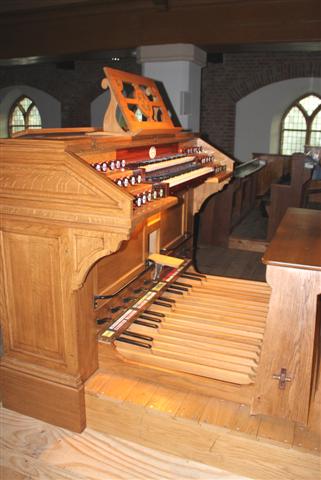