Bach organs in Ansbach and Dordrecht by Henk Verhoef 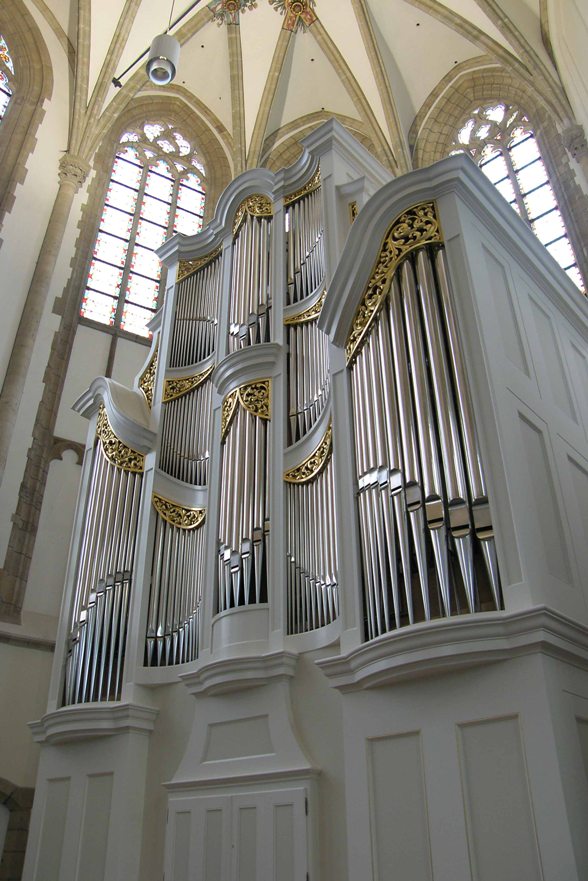 In 2007 two organs were completed that make claim to the title Bach organ. In the St.-Gumbertuskirche in Ansbach (Germany) the firm of Reil from Heerde reconstructed the orgel built by Johann Christoph Wiegleb in 1738. Steinmeyer had replaced the instrument in 1879 and 1961 in the old case of Wiegleb.
In 2004 it was decided to make a reconstruction of the Wiegleb organ. The contract went to Reil Orgelmakerij. The consultant was Christoph Reinhold Morath. Various archival data was available for study as well as 18 registers from the organ that Wiegleb had built for Bad Windsheim in 1736. The extant original Wiegleb case also provided much useful information about the original instrument.
The Grote Kerk in Dordrecht got a new organ in the style of Gottfried Silbermann, built by Verschueren Orgelbouw. The design was inspired by the Silbermann organs in the Cathedral of Freiberg and the Hofkirche in Dresden, but compromises had to be made: for example the organ has been provided with a large pedal division, which Silbermann would certainly not have built for an organ of this size.
The fact that two recent instruments have been named Bach organ re-animates the discussion of what Bachs ideal organ might have been. 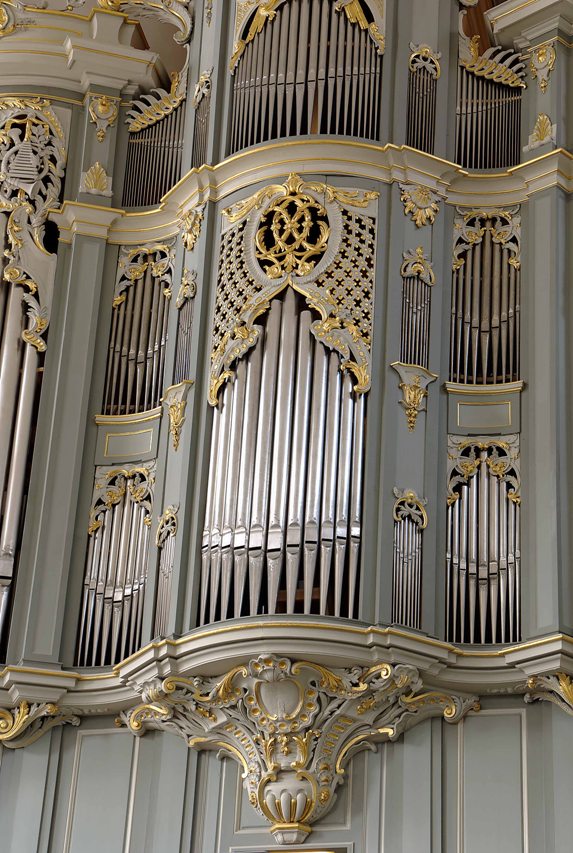 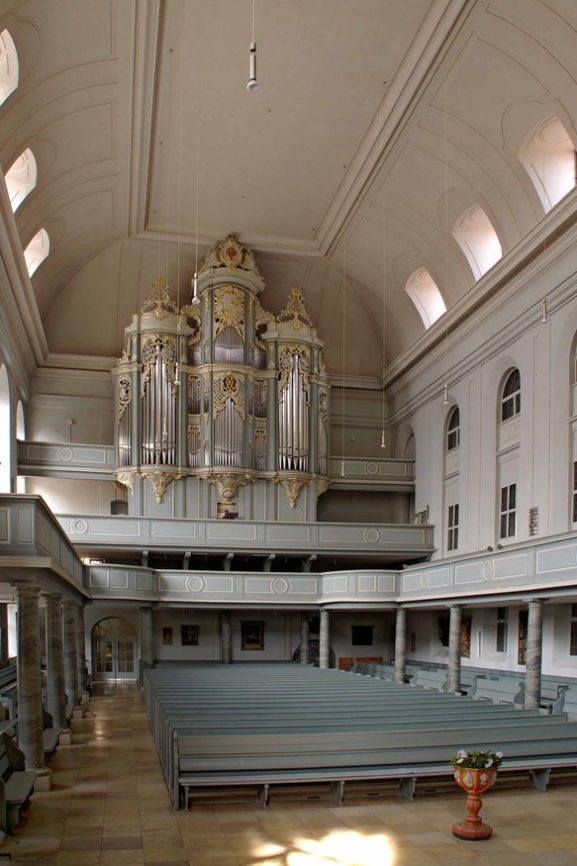 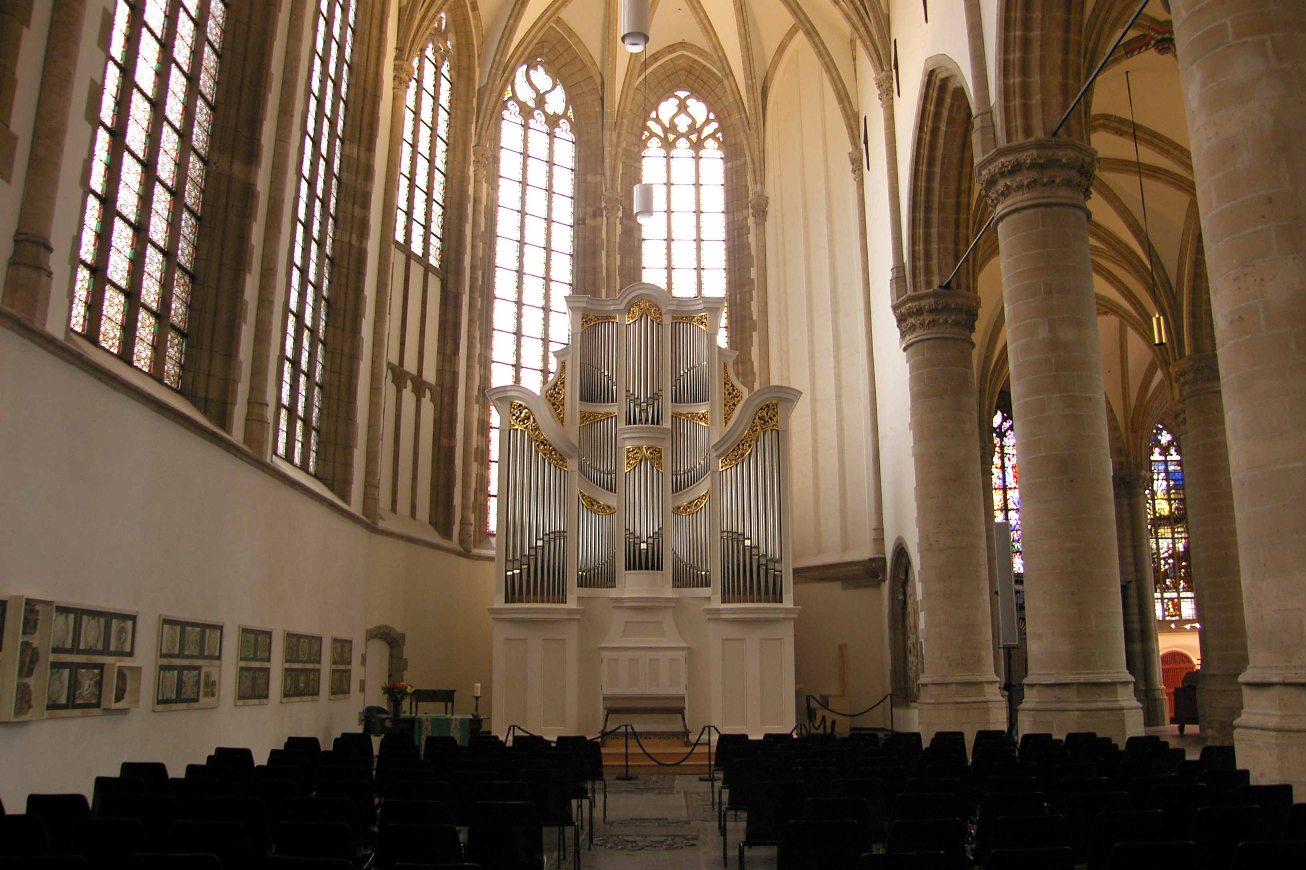