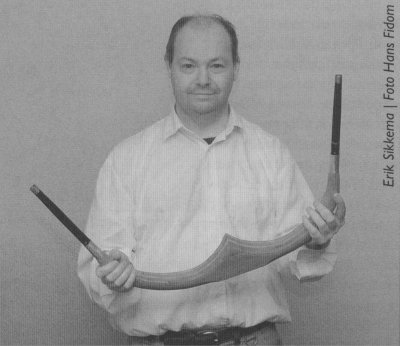 Recording organ music is a complex task. Omnidirectional microphones, that listen to all directions, hear a relatively large amount of indirect sound, while microphones that are oriented in a single direction have to placed at an angle to each other, so that they can never hear the organ from the best direction, which is straight ahead. Solutions such as the Dutch Diffuse adapter are not useful for recording organs, because they record low frequencies too softly.
Erik Sikkema developed Ultra Linear Stereo Image (ULSI), combining microphones of the first kind with a special microphone holder and ordinary equipment. The recording is then developed like a photograph in a darkroom. Characteristic of the result is that low as well as high frequencies are integral parts of the sound as such, without negatively affecting the quality of the middle frequencies. Sikkema developed this system in order to be able to document organ sound: Within 50 years, the organs that I have recorded will be changed, whereas my recordings will be kept unchanged; then they can be helpful to organ restorers. This is the advantage of my CDs, although they remain mere surrogates when compared to the real sounds of the organs themselves.