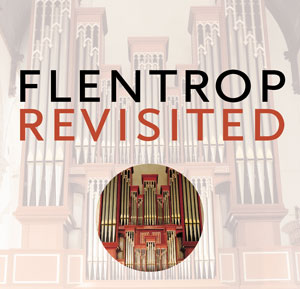 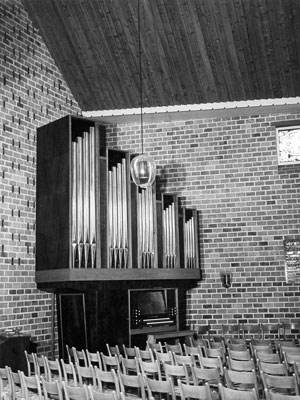 How do we deal with organs built between 1940 and 1965? Will weleave them unchanged or should we choose to retouch them? The Dutch NationalHeritage Service is drafting a set of standards in order to be able to decide which organsshould be protected. In practice, the need to protect an organ can of course conflict withthe use that is made of the instrument. Moreover, Frits Elshout, voicer of FlentropOrgelbouw, points out that the decades after World War II were a period of discovery. Thelearning process implied that organ builders did not always make the best choices; so wemay have an argument to retouch and improve their work.

This article is a report of an investigation of some recentlyretouched Flentrop organs: Schoondijke, Hervormde Kerk (1951, unchanged);Doesburg, Grote Kerk (1953, voicing improved considerably in 2001); Eefde, Samen opWeg-Kerk (1956, changed and revoiced in 2000; usable, but not in all respects convincing);Klundert, Hervormde Kerk (1958, voicing reconsidered in 1999); Lingen (D), EvangelischeKreuzkirche (1959, voicing retouched in 1999, the organ appears to be amusical entity now in the style of the mid-20th century); Vlissingen, Grote- ofSt-Jacobskerk (1968, revoiced in 2000)